About 5-6 times the hotness of habanero! Eating the “Carolina Reaper” participate in the spicy event of Moriyama

Tonight, one of the story of the people who had gone to the place to go crazy spicy. Shiga Prefecture Moriyama in “BLUE DINER (Blue Diner)”, heard that there is an event that pepper “Carolina Reaper”, which certified that the world 1 painful in the Guinness can eat, tried to participate. This event has been held already twice, this time third time, called “spicy night”. And hear the story of the people who attended previous’m “painful. No, spicy not it, I’m sore. But delicious I do. Unstoppable do it by, if this stimulus is. I know the that taste captivate to become Chimau to? I .3 round will be held in, it becomes excited just heard. I wonder, I now what face are you doing? “and about, is the answer is … of course joke not sober. There, however, not stopped for a voice that aspire to be held from spicy fans, gradually the voice, turned into Matsuka san and Yamakita’s pressure of a project’s chef. And finally, likely ended up poison, different to pepper “Carolina Reaper” that there is a risk of blindness Once in the eye. Well, whether to debut is any dish, I do not know what travel to anywhere in the photo, I want to tell the spiciness of the dish, which appeared in the evening, even a little.

Has been Guinness certified as the world’s 1 spicy pepper me, “Carolina Reaper”, how much painful or 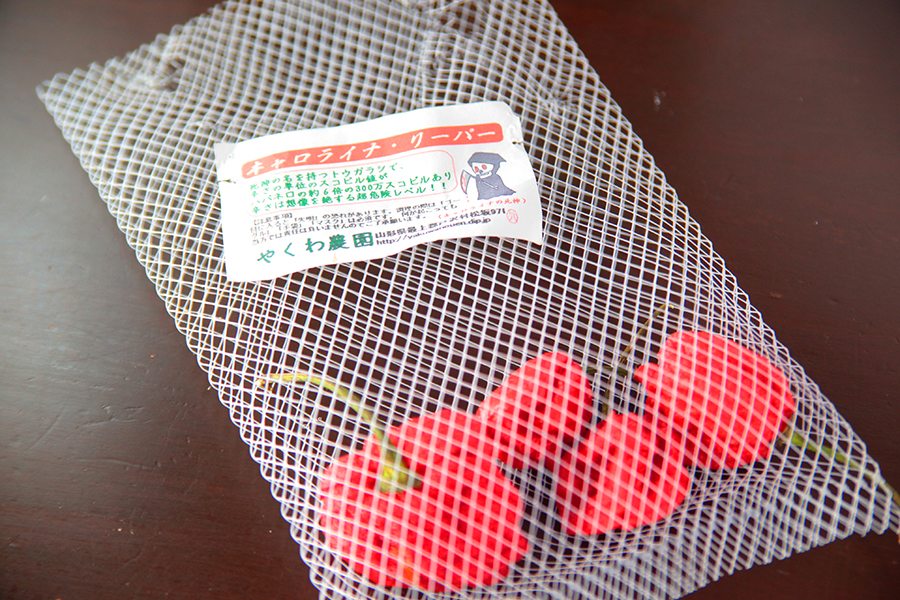 Etc. are Dakar for the first time know was, likely there is a unit of “Scoville” representing the spiciness. Spicy and is being habanero at about 500,000 Scoville, Toka’s about 1 million Scoville in Bhut Jolokia. Well “Carolina Reaper” of this time and say, approximately 3,000,000 Scoville. It ‘s not something Nante painful. Any one of those is a possibility that the real is blindness and enters the eye.

Chef, like a celebrity of holiday, to have been cooked to wear Gurasan and mask, and set foot in the store, the spicy air. It is, first of all there is no air to epithet Nante painful. I though, actually is spicy air, do not know if the other this does not have my experience.

By the way, this is entitled “Some Like It Hot Night vol.3-Vive la vida loca”, Toka subtitled in Spanish there is a meaning like “enjoy the madness.” 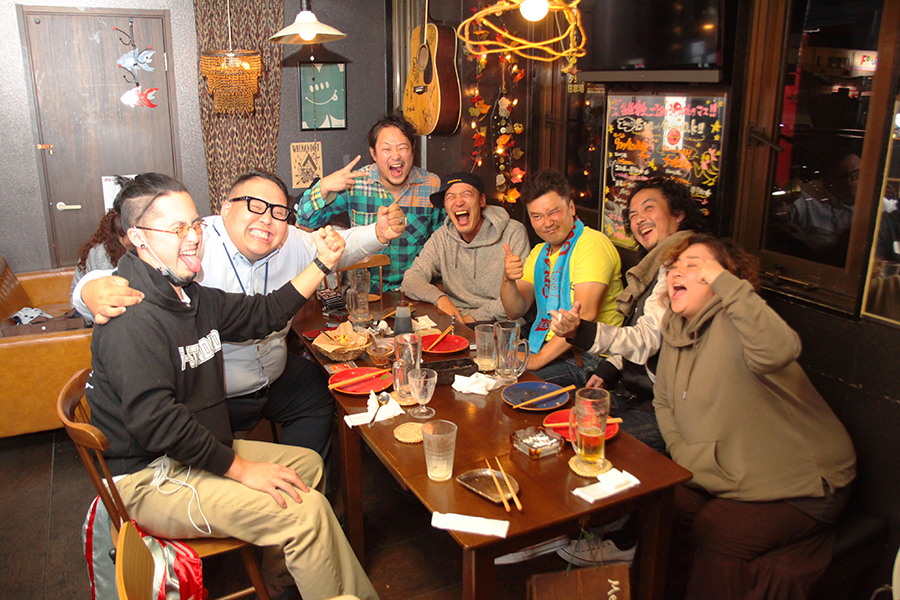 Participants who enjoy the madness

Painful is to eat not good people, but theme

But it spicy that’s actually in the people that are participating from the first time, some people weak painful is. When I heard the story, the cuisine to be subjected in the course format, because the increase gradually spiciness to the main from the appetizer, Toka it so is also to eat the last of the spicy menu we are accustomed to spicy.

“I well, painful” planner also the theme, while retaining a sense of delicious, so that the pursuit of hotness to lesbian couples, seem to enjoy some people are not good spicy.

Will decorate one item of such spicy course, participants are referred to as the Oasis “cold tofu”. And it says somewhere that a spicy point of, soy sauce that has been multiplied. Likely was fully extract the hot flavor extract soaking in a few days the round slices of “Carolina Reaper” to the soy sauce that was purchased in Notogawa. It is called Oasis, with little spicy, and eat when you feel the pain in the mouth at the other spicy cuisine, the pain of the tongue from a little cured.

Nachos are using the “Carolina Reaper” to the source. This same also, a presence, such as pain relief material.

Then it appeared to have, salad. But I forgot to take a photo, looks ordinary mizuna salad.However, dressing in a spicy, here at once spicy level of increases. Oil-based dressing, play a role, such as expanding the hot flavor in the mouth, not just the tongue, in the mouth is burning.All of the strong man who had finished eating a course, might this salad was the most painful, as the murmur and painful. At this point in time, did you go to the sauna? I want to hear to become such a sweat after another people to be blown into the face. Can not put up with one of the participants, go to buy a towel in a convenience store.

By the way, it looks like the contents of the course. Course meal in which the Chinese to base

Then it appeared in Mabo eggplant, seemed considerably spicy with oil and minced meat is relaxed, anyway delicious. Although it looks seems this is the a most spicy likely, about the middle of eating comes with tangy. However, when finished eating, spicy from later comes to the tongue. “Delicious, delicious” also participants who had Hoba’ and, after you have finished eating face was bathed in sweat. Before the fried chicken to come out after this, “Well, if let’s galling. Real” from planners Yamakita who touched the gas suggestion that. Before you stop me, to say, to be eaten in the flow raised cheers like Kachidoki from participants.

Really human mouth. It has been found to eat the crispy seeds about the size of the peppers, that do not eat as it is. First of all, I do not know the taste. Why the nose is clogged. Akehanachi the window, store sweat to a cold should. Participants ask for “oasis” in the drink all at once.”Oasis” is a drink such as mango lassi, but catchphrase is written on the menu that soften the spiciness, at all spicy is not drawn. Of whether, spread spicy full middle of the mouth, everyone is in agony. Ice is the only salvation, only while you are licking, is moderate pain. Cool participants also spread the eye, wandering around the store without me even rising meaning. I would like seeing the whole story. Immediately after the bite. I Ssu not downright, participants wear like a facial expression. 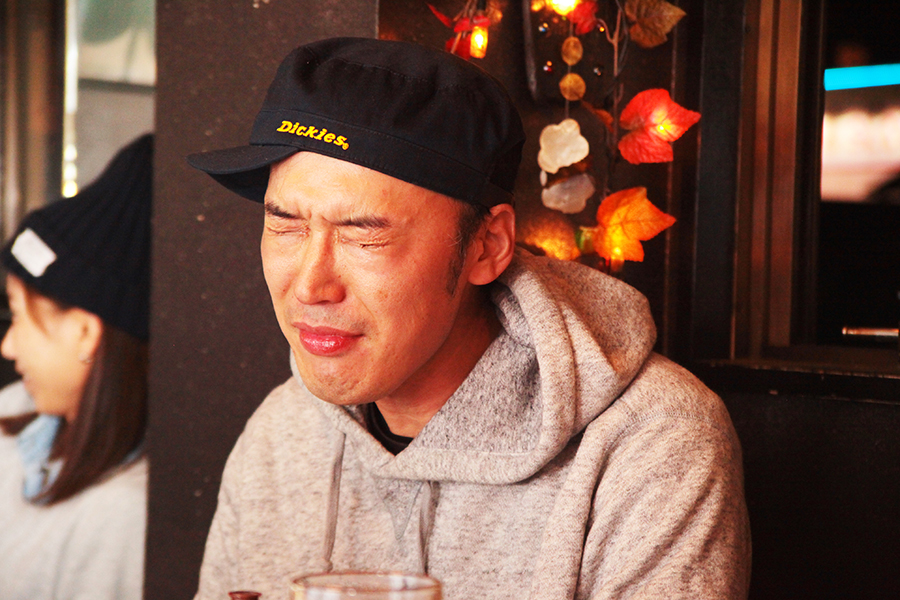 The moment the accident happened. 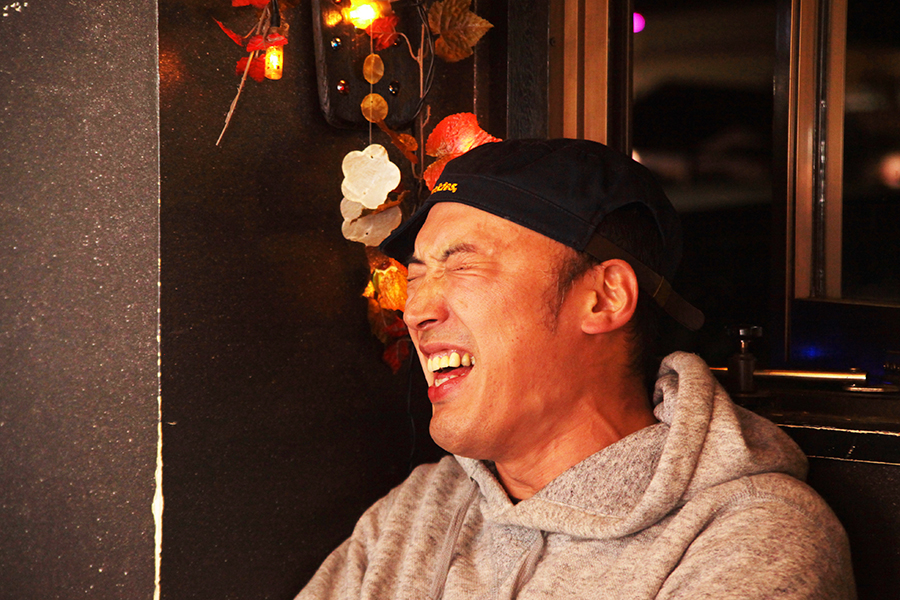 Whether laughing, suffering from what are, what you are surprised, anyway spicy are state of the max. Then, good-bye bye-bye from the mouth.

Then, after the agony of time about their 15 minutes, eating the times pot meat and fried chicken. Both, I do not feel at all of whether the spiciness has been paralyzed. Times pot meat is not feeling that miso, also mild spiciness. Fried chicken is, but it seems to be kneaded “Carolina Reaper” to the batter and sauce, about a little scent to. Chef says “flew spicy by fried” and things. And finally to the Saab, this time of the eyeball “execution fried rice”.

Determine the people who eat at the beginning and the rock-paper-scissors. “Yeah, delicious. I not at all painful. Delicious only. I, different. Painful. Delicious. Painful, painful, delicious. OK, the guy that has been engraved dangerous ” and receive advice. Choose the place where carefully eat also, the guy that has been engraved example comes just riding on top of the spoon. In, bite.

This, painful enough to not extend a hand to the next mouthful. In addition to the Carolina Reaper, Jorokia and, hawk of the nails, this fried rice that four types of pepper has been used, while sweating, and people continue to eat, was divided into two people who give up in the human mouth. However, when listening to talk to people who continue to eat while sweating of the “end Once opened between. Painful as death and not continue to eat” thing. I have blurted out the same sort of thing almost illegal drug addicts.

Then, to order the ice at all, and go back through the mouth in a normal state, why suddenly tired comes out, most people are asleep. Since the rain has ceased in this area, I decided to leave the meeting to jump ahead.

“Carolina Reaper” who received the painful certification in the world is, but painful, and the pursuit of taste, so spicy is also eaten in a weak person. However, maybe it is better not to eat in the Akihhara. Experience is, but I eat from Put the film on the stomach with something, Akihhara people who eat, had complained of upset stomach. After that, because the next day is still different where there is pain, when to eat spicy things your preparedness.

The fourth time during the plan year-end of the super-hot night. Special menu of this time that was introduced menu is only event. The next information is ” stateless cafeteria Blue Diner to follow.”

The best of situations that drink: Over thirties drunk’s ballade.