Also beginning special admission of the temple, the city reached the peak of autumn leaves Kyoto, crowded with tourists day and night. And a friend who came to play as a tourist, but also good around the attractions of such a city, avoid the autumn leaves spot of bustling about ground transportation network is paralyzed crowd, try to introduce the outskirts of the beaten path spot where you can enjoy and relax It is. 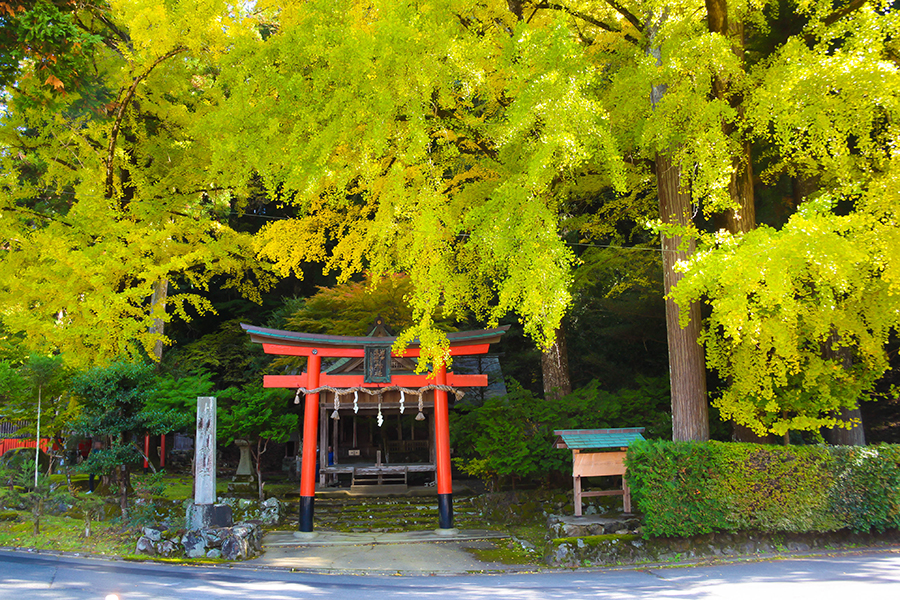 Including Shirakawa street, the city tidbit famous spot in the ginkgo. “Here the Kyoto city Is” as want to suspect, “Iwato deciduous shrine” Kita Ono Township also, one of the spots such ginkgo of spectacular views. The there is a shrine, the process proceeds for 30 minutes about Shuzan highway to the back from Arashiyama, soy Kiyotakigawa off the road to a single north. Although it beautiful moss garden can enjoy everyday, now or the future of the season, called. Through late from mid-November, the carpet of yellow ginkgo leaves decorate the one side precincts likely. 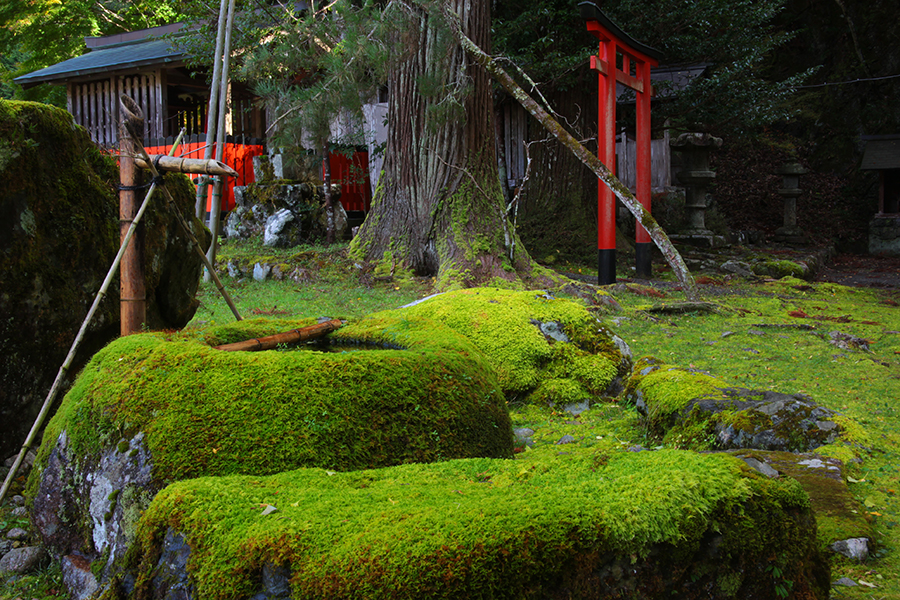 In addition, the yellow leaves of this shrine favorite camera groan photogenic momentseems to have. The four of ginkgo trees in the precinct, we scattered to yellow leaves from the two inside, because when it comes to the time that the two outer browned beautifully, the ground is yellow color, tree full of large ginkgo even look up at the sky but they have yellow leaves, the Toka shines photos. The timing is from around this weekend Dasou.

By the way, now 19 Saturday of the weekend, about 2 hours seems to light up of events is performed from around 17 o’clock. Once a year, because the precious events of only one day, by all means go to visit. 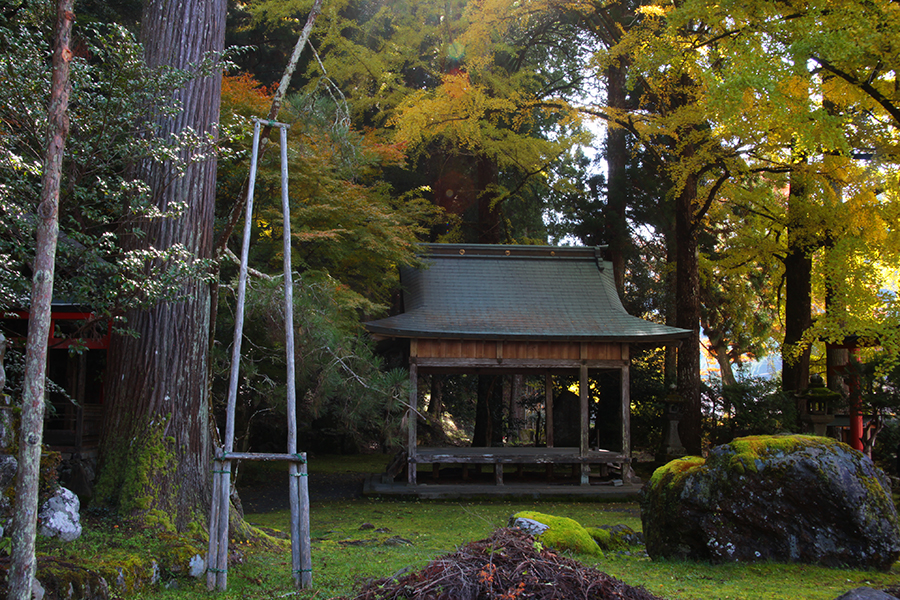 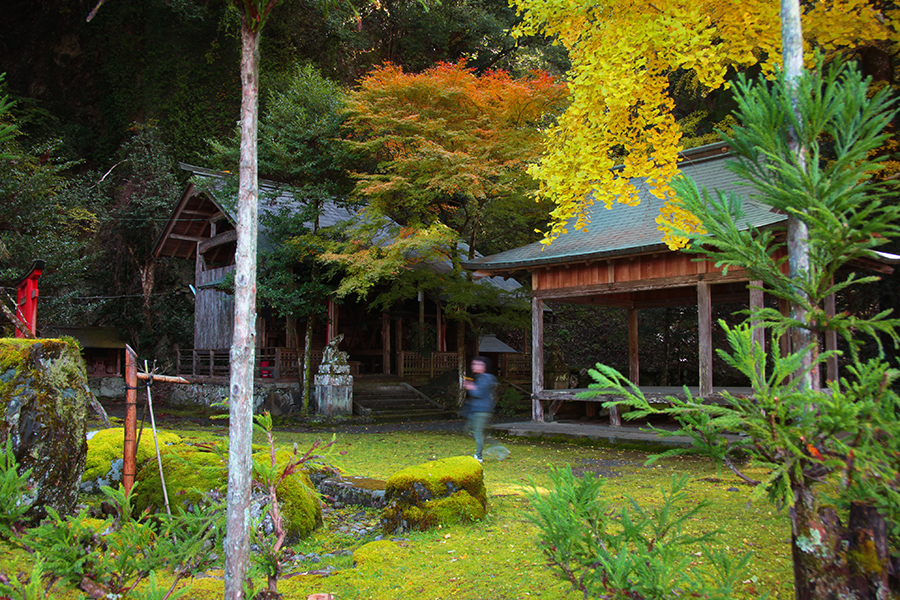 This shrine is interesting, Torii, that the hall of worship is two is the main shrine though it is one.It entered from Torii front left “Iwatosha” on the right “deciduous company”. “Iwatosha” The young day goddess, Takaya capital wave function Ukami, Serao Tsuhime God is enshrined, in the “deciduous company” is, the characters of Murasaki Shikibu “Tale of Genji”, defoliation of Miya (woman Ninomiya, Suzaku hospital woman Ninomiya) seems to have been enshrined. Defoliation of the temple, and heartbreak by the unrighteousness of Kashiwagi husband, Toka it was secluded life in this area.

Sorrow of the drama is the shrine in the background, but the ginkgo is superb. People even less, because it is unusual shrine main shrine is two, it is no mistake to be pleased to be introduced to the prefecture outside of a friend as off the beaten path. In addition, since use of a tripod is not even regulation, now have a weekend camera, beautiful scenery to be fun to kept in the photo. 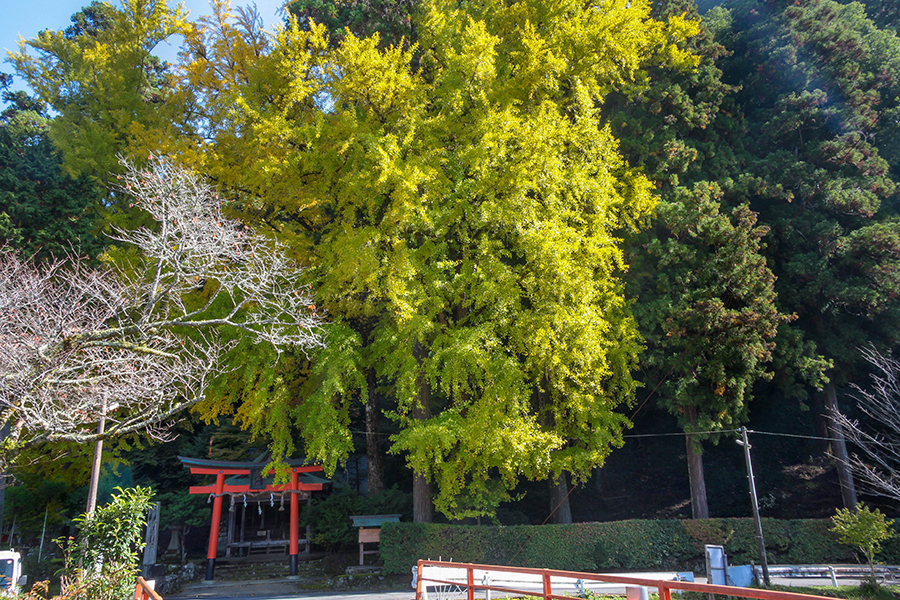 Also one side, such as the Uyuni salt lake – in the autumn leaves is the best time to see the “Hirosawa pond”